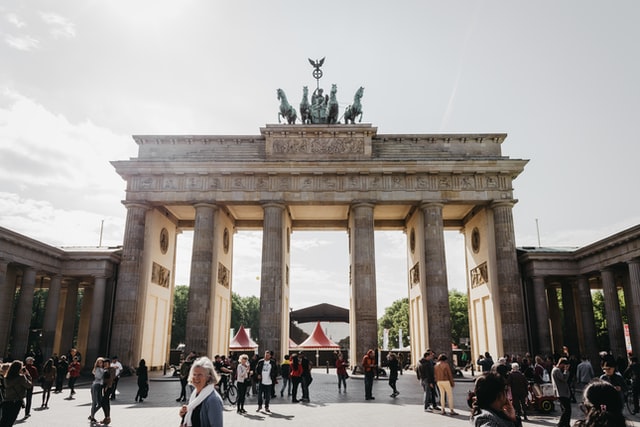 Germany is relaxing immigration rules for Jewish refugees from Ukraine, according to the country’s main Jewish umbrella group, which was announced today.

Refugees with papers have to prove their Jewish ancestry. Then, they will have an expedited path to German citizenship under an agreement reached with the federal government.

They struggled to find shelter and support for refugees arriving after days of travel from the war zone. Nonetheless, Jewish leaders welcomed the news.

“It’s a very fluid situation,” Berlin Rabbi Yehudah Teichtal told the Jewish Telegraphic Agency in a phone call. So far, he said, his community has helped settle some 250 people. This includes more than 100 children from an orphanage in Odessa. A third group is arriving today, he said.

“It’s very important that we have these new rules,” Teichtal added. “It is monumental that Germany — a country from which all the Jews were running away [in the 1930s] — is helping refugees in general and the Jewish community among them. It is very moving.”

Since Russia launched an attack on Ukraine on February 24, tens of thousands of Ukrainian refugees have fled to Germany, mostly via Poland. Jewish communities in the capital and other cities have welcomed hundreds of Jewish refugees.

Any Ukrainian refugees are exempt from having to apply at the German Embassy in Kyiv.

Instead of having to demonstrate language proficiency and employability right away, they now have a year to do so.