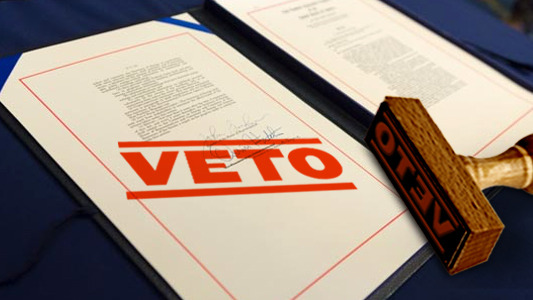 Poland vetoed on the 5th of April 2022 a compromise proposal for an EU directive that would implement the internationally agreed 15% minimum effective tax rate for large multinationals.

Poland was the only country to stand by its opposition to the compromise deal. At a meeting in March, Estonia, Malta, and Sweden were among the last governments to resist the directive, but they later joined the majority thanks to further compromises.

The global minimum effective tax rate of 15% is the central pillar of an international tax deal that was agreed upon in October 2021 by more than 130 countries to curb international tax competition and corporate tax evasion.

As all EU member states signed up for the tax deal, the European Commission presented a proposal for an EU directive to implement the minimum tax uniformly across the EU.

In response to the concerns of some member states, especially Malta and Estonia, the French EU Presidency put a compromise deal on the table at the meeting.

Among other adaptations, the compromise would make the implementation of the minimum effective tax rate optional for six years for countries that host less than 12 multinational companies that would fall under the definition of the minimum tax regime.

“Together with the European Commission, we have responded to all technical problems that have been put forward,” Bruno Le Maire said at the beginning of the meeting, which he was chairing.

Compromise is weaker than Veto

In a move aimed at raising pressure on Poland, Le Maire let all member state representatives voice their support for the compromise deal before giving the floor to Polish state secretary Magdalena Rzeczkowska, who killed the agreement by wielding her veto.

Like any other member state, Poland has veto power on tax matters, which can only be decided by unanimity of all EU member states.

Rzeczkowska explained the Polish veto as the need to combine the directive with another part of the international tax deal struck in October last year.

This other pillar of the agreement would allocate some of the taxes of highly profitable large businesses like Apple or Facebook to the places where their turnover is generated instead of where the headquarter is based.

“Both pillars should be regarded as a package. We must sustain our goal of fully introducing the global [tax agreement] to address the tax challenges arising from the digitalization of the economy.” Rzeczkowska said.

To establish a political link between the two pillars nevertheless, Le Maire had proposed signing a common declaration stating that the two pillars were connected to each other. However, this failed to convince the Polish government.

In an uncharacteristically strong choice of words for a public ministerial meeting, Le Maire then openly criticized the Polish position.

“I am absolutely not convinced by Poland’s arguments,” the French finance minister said, after having challenged the Polish position as if he were in a political TV debate.

Everything has an explanation

In December 2021, Polish justice minister Zbigniew Ziobro reacted furiously after the European Commission decided to withhold EU funds to Poland due to concerns over the Rule of Law and the independence of judges.

Ziobro called this “blackmail” and suggested that Poland might, in turn, use its veto in all EU matters that require unanimity.

Going forward, Bruno Le Maire announced that he would table the subject again in the next meetings of the EU finance ministers.