Japan’s Love of Debt Offers a View of U.S. Future 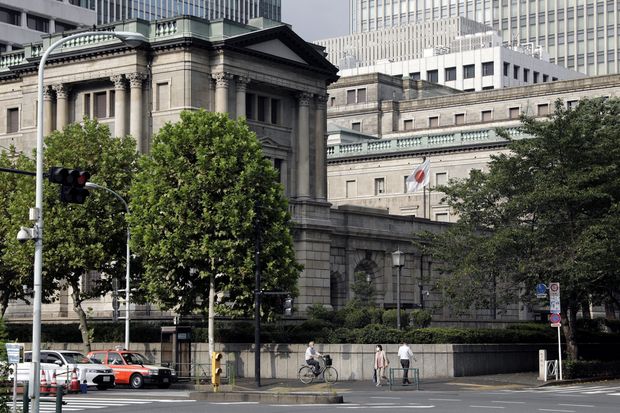 The Bank of Japan pioneered zero interest rates and buying large quantities of government bonds to stimulate the economy.

TOKYO—Half or more of Japan’s huge government debt doesn’t really exist. And even if it does, the country needs a lot more of it.

Those are a couple of the arguments being heard in Tokyo as the rich world’s most-indebted government relative to its size prepares for a new round of spending this fall that could reach into the hundreds of billions of dollars.

Japan often serves as a tryout venue for policies that later debut on the world economy’s biggest stage, the U.S. The Japanese central bank was a pioneer in introducing zero interest rates and buying large quantities of government bonds to stimulate a sluggish economy, tools subsequently used by the Federal Reserve.

In debt as well, Japan has led the pack. Its central-government debt first surpassed the size of the economy about 20 years ago. Now the U.S. is crossing that threshold too, and Congress is debating trillions of dollars more in proposed spending.

Tokyo’s central government is already on the hook to pay out nearly $10 trillion to its creditors. It sounds like an impossibly large sum to rustle up for a government that collects less than $600 billion in taxes each year.