Home 9 Taxation 9 The modelo 720, one of Spain’s most contentious declarations, is abolished by Europe

The modelo 720, one of Spain’s most contentious declarations, is abolished by Europe 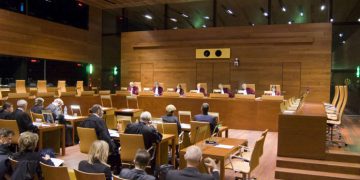 The famous modelo 720, a financial disclosure to be filed by taxpayers who hold assets abroad, such as accounts, real estate, or securities, has finally been decided by the Court of Justice of the European Union (CJEU). And, much to the relief of those who have been affected, it has found in their favor, finding it to be in violation of EU law. Since Mariano Rajoy’s government established it in 2012, this disclosure has sparked heated debate because the penalty for failing to file it might sometimes be greater than the value of the assets kept abroad.

The CJEU has upheld two penalties imposed on taxpayers who failed to file the modelo 720 or did so late.

The consequences don’t stop there. Another set of penalties in the modelo 720, according to José Mara Salcedo, a partner at tica Jurdico, is the imposition of an unjustifiable rise in wealth on the taxpayer’s income tax for the number of undeclared assets. In addition, a penalty of 150 percent of the charge’s total value is imposed. As a result, the total amount of the penalties may end up exceeding the value of the undeclared assets and rights abroad.