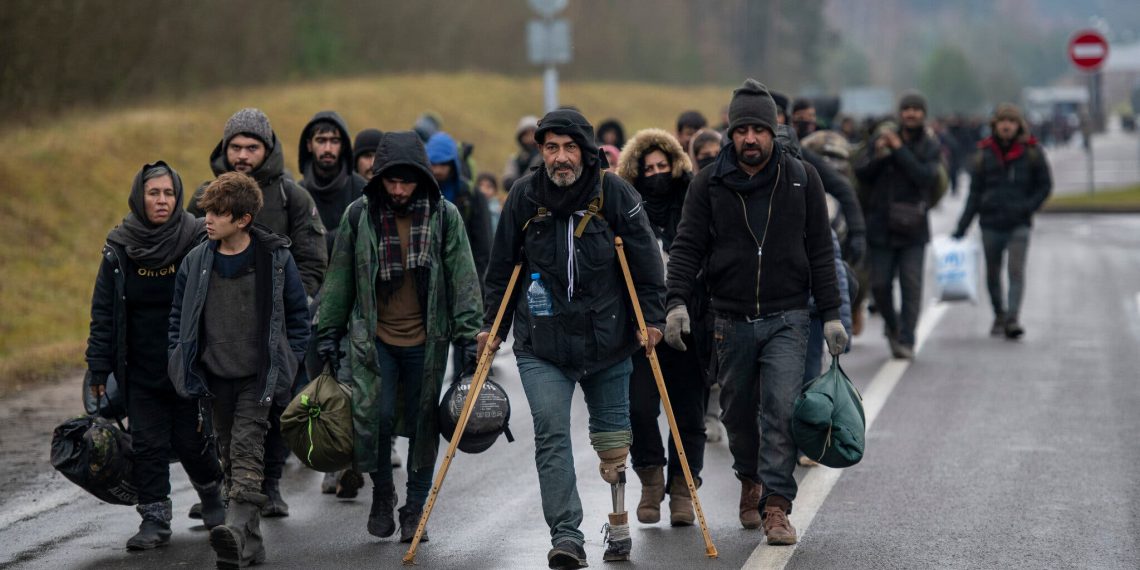 Hundreds of individuals were returned to Iraq on the first repatriation flight organized by the country, while Belarus cleared up camps where thousands of people had gathered in the hopes of crossing into Poland.

Hundreds of migrants who had been detained in deepening suffering in Belarus, caught in an international impasse and unable to reach their destination, the European Union, were transported home on the first repatriation aircraft to Iraq.

“I wish I had died and they were bringing my corpse back,” stated Awara Abbas, 30, who arrived in Erbil, Kurdistan, northern Iraq, after spending $5,500 in a vain attempt to flee a nation where he sees no economic future.

He claimed he attempted eight times to cross from Belarus into Poland, but that when he did, Polish police apprehended him and drove him back into Belarus. “I will strive to get to Europe until my last breath,” he stated. “I’m going to attempt Turkey, Iran, or any other route to Europe.”

The trip, organized by the Iraqi government, was part of an effort to alleviate the humanitarian situation that has arisen as refugees, mostly from the Middle East, have attempted and failed to reach Poland, Lithuania, and Latvia, European Union countries bordering Belarus.

Thousands of migrants remain in Belarus, and many of those who returned indicated they would try again despite the futility and maltreatment.

In Minsk, Belarus’ capital, 430 individuals boarded an Iraqi Airways Boeing 747, according to Iraqi authorities. 390 of them disembarked in Erbil, with the rest arriving in Baghdad.

Aleskandr G. Lukashenko, Belarus’ president, has made it easier for migrants to enter the country and encouraged them to cross undocumented into the European Union in recent months, ostensibly in retaliation for sanctions imposed by the bloc following a disputed 2020 election, according to European leaders.

However, the migrants found themselves in horrific circumstances, being abused on both sides of the border and becoming increasingly impoverished as they tented in frigid forests along the border with little food, shelter, or medical treatment.

See the full article on nytimes.com