Home 9 Immigration 9 U.S. immigration policy: what should it be? 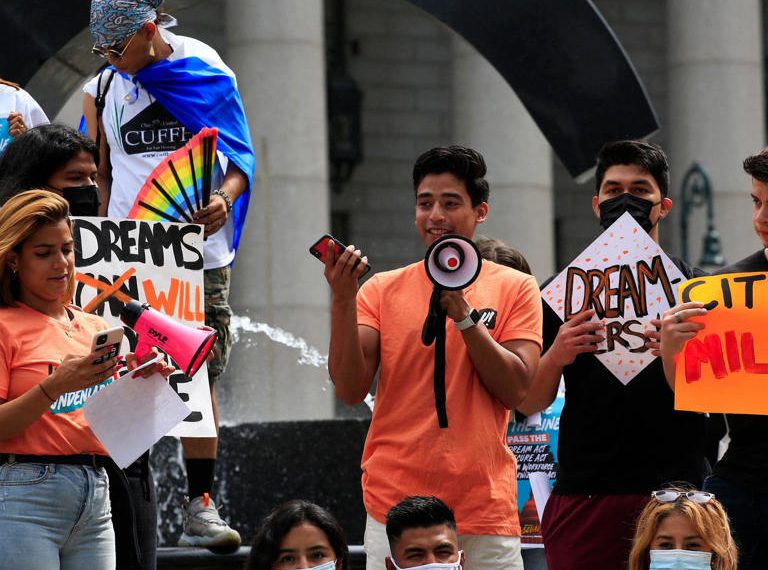 Few topics generate greater controversy than immigration, because it is linked to so many areas of society, including economics, culture, law, and resources, as well as one’s attitudes toward those who are immigrating in the first place.

People who would accept some immigration if certain conditions were met

The biggest group of Americans, those who say they would accept some immigration, have a largely good opinion of immigrants, at least in one sense: roughly eight out of ten perceive immigrants as typically hardworking, and the majority think they are part of what “makes America great.” In terms of economic effect, most respondents think immigrants “fill occupations Americans won’t do,” but it’s not all black and white for these respondents. A large majority of Americans (four out of ten) believe they deprive Americans of their salaries. Nearly half of them still believe that some immigrants are seeking “handouts and assistance.”

Those who want to stop most, if not all immigration

One in every five Americans would stop most or all immigration to the United States, according to the most restrictive group. They appear to be driven by both economic and cultural concerns in their opinions, with unfavorable views of immigrants in terms of their influence on society (with the underlying belief that immigration makes American society worse) as well as their economic impact.

Unlike the other two categories, they are more likely to believe that the nations from which immigrants originate are important to them. Although they want to stop most immigration, when questioned about regional disparities, they are more inclined to want immigration from the Middle East and Mexico reduced or prohibited than from Europe.

People who would agree to most, if not all of the above.

The group that believes the United States should allow most people to enter: this group (21 percent of Americans) would prioritize accepting asylum seekers and those escaping persecution. In contrast to the other two groups, this “accept most” group sees the immigration problem as being determined more by “what the United States stands for” than by economy and jobs. They also feel that immigration is an important component of what makes America unique.

One distinguishing feature of this group is that it is younger in general and more likely to have a college diploma than the other two categories. This may explain their disparate worries about jobs and the impact of immigrants. This group is predominantly White, although not as much as the general population, with higher numbers of Black and Hispanic Americans than the other groupings. This group is disproportionately liberal politically, with the majority identifying as Democrats. Nine out of ten of them voted for Joe Biden, who is the polar opposite of the most conservative group.

Along with the variations between the three broad approaches, there are some commonalities, such as the fact that most individuals in each group highlight that as a criterion for entrance, immigrants who do come to the United States do so through the legal system in the United States.