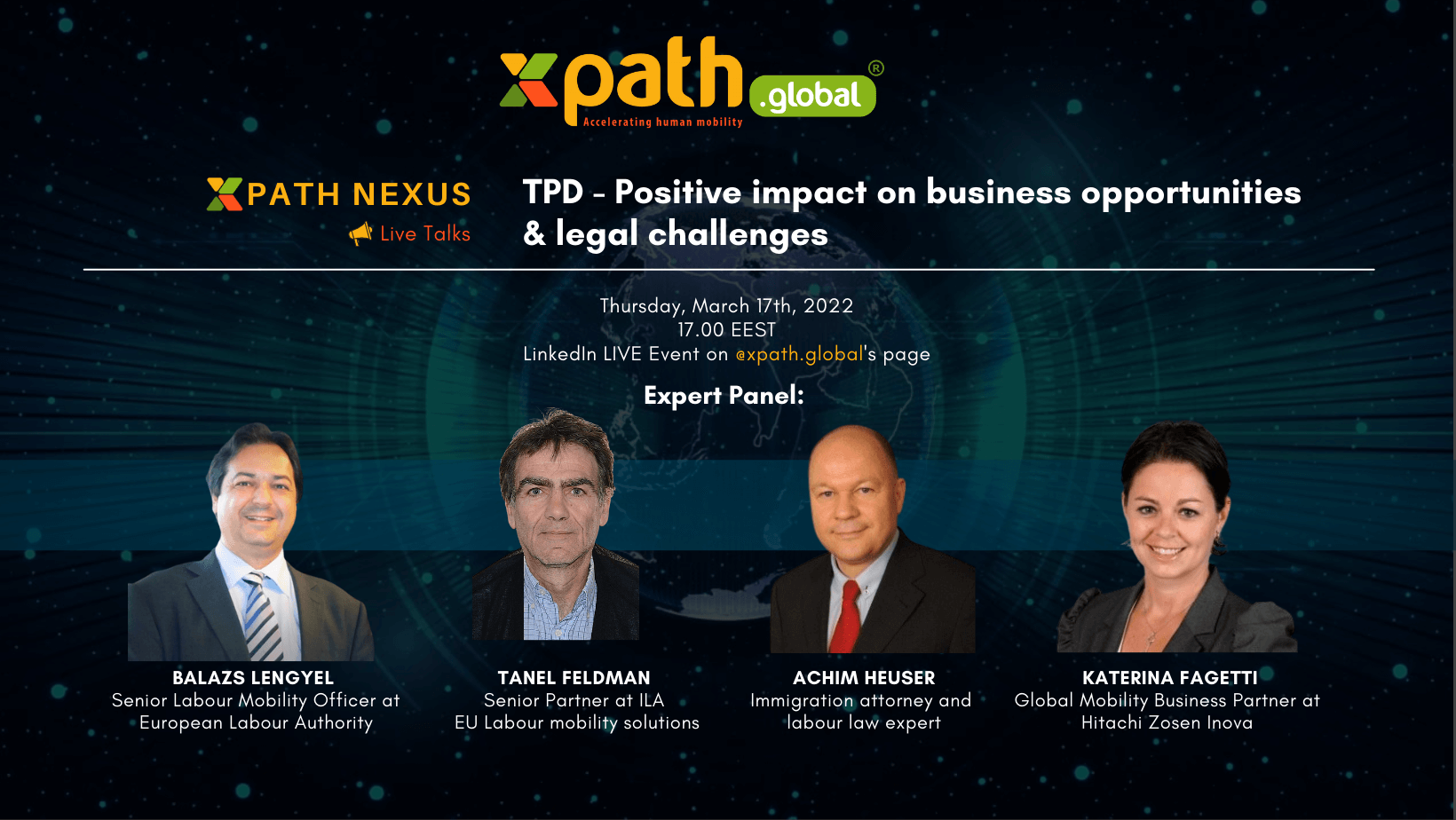 We continue the series of events dedicated to Ukraine’s invasion, this time focusing on the Temporary Protection Directive and its positive impact on business opportunities as well as the legal challenges posed.

The Temporary Protection Directive has raised a lot of problems for businesses all throughout Europe, and elsewhere, and we believe that public debates are required to be able to anticipate the Directive’s influence on the business environment. Please read the article below with a small part of the topics discussed in our live event from last week.

In terms of the team’s relocation or the people relocated, where they’re mostly expatriates. Did you have to find new assignments for those people?

Katerina Fagetti: We have local hires on Russian soil, so Russian nationals, but we have expatriates, from our European subsidiaries and headquarters as well. We repatriated all known Russian nationals who wanted to depart from Russia. It was a low number, because of the immigration requirements on Russia during COVID, it was not easy to get non-Russian nationals to the Russian Federation however, we have some non-Russian nationals on our project in Moscow, who are obviously so dedicated to the project, and that they informed us they do not feel being at risk, and that they want to say in Russia until further notice. We accepted they know that we have an evacuation plan that could be implemented this immediate effect, we are daily in contact with them about their wellbeing and also monitoring, on the other hand, the potential risk. Those who were repatriated to their country of residence, say are currently on annual leave. While we are looking for an alternative for them, as I mentioned at the beginning, we are an engineering company in the construction sector. So changing the schedule leads us to a major issue in capacity planning. But as we are used to working on a tight schedule, and on the short notice changes, I’m quite convenient that we will manage that. For us, the most important point was and is that the employees are safe and that they feel safe.

Did you have an evacuation plan already set up and do you have it in place prepared or did you have to sit down and think about it?

There are a lot of Ukrainian people spread around Europe. They are educated, they are skilled. They’re knowledgeable. Many of them are looking for employment, others already have their own businesses. Can you please explain what EURES is? What is its role in general and what part can EURES play in the context of the current mass influx from Ukraine?

I’m working for the European Labor Authority. EURES is a network of public and private employment services in the European Union to facilitate fair and effective labor mobility. EURES offers information. It’s built on two pillars: 1- a human network where we have 1000 EURES advisors all around in Europe, who can have direct contact with job seekers and who can have support for. The other pillar is the EURES portal where we have quite a big amount of job vacancies. At the moment, we have 2.6 million job vacancies available on the portal.

The European Union started to implement this temporary protection directive. And if somebody arrived in the EU, they have to apply for this protection and then receive access to the acknowledgment of the protection. They became accessible for several services, including the labor market.

Let’s tackle the much-discussed Temporary Protection Directive activated recently – a Directive that was actually due to be transposed by all Member States by the end of 2002. What can we learn from the Directive, and why are Member States still debating and drafting new laws and ordinances today?

The directive was due to be transposed into national legislation by the 31st of December. Then we need to put things in context with EU 15. In 2002, because the EU 15, not the EU 27. Denmark and Ireland were not part of the directive. Finally, Ireland has transposed the directive in 2003. And subsequently, the other countries joining the EU head will transpose the directive not now, but in let’s say, in the past around 2000 to 2003, 2006. Unfortunately, we are far from having a consensus on equal terms as regards real access to employment.

For the entire discussion, please visit our YouTube channel and watch it HERE.

Many thanks to our special guests Katerina Fagetti, Balazs Lengyel, Tanel Feldman, Achim Heuser for joining the panel. 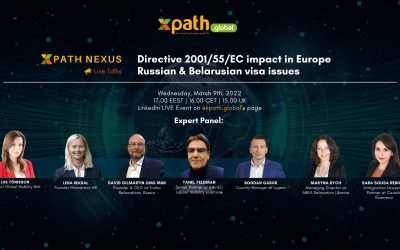 The recent Russian invasion of Ukraine has abruptly transformed the entire world. xpath.global organized the second live session called Xpath Nexus, dedicated to the terrible situation there.  Currently, over 2 million individuals have already departed Ukraine, up to... 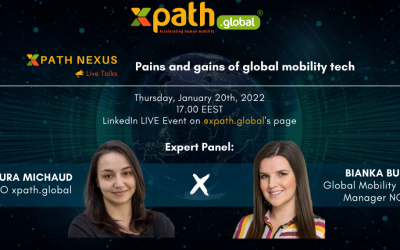 Image: xpath.global Xpath Nexus: As the Global Mobility departments cope with a new set of demands in order to keep their organizations competitive, businesses are increasingly turning to technology to grow or improve their mobility programs.  What role does... 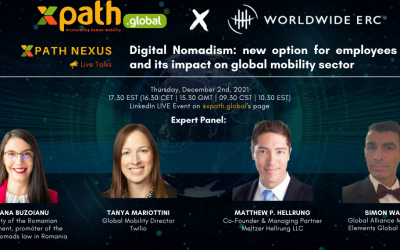 Image: xpath.global Digital nomad visa laws and the remote working policies have changed the landscape for everybody. There are currently over 30 countries offering this option (or what is very similar with a digital nomad visa) around the world and many more coming,... 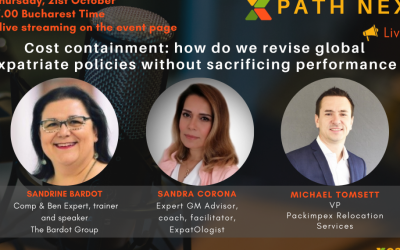 Image: xpath global Cost-cutting is critical for all businesses, regardless of their size. Large companies, however, must strike the right balance as they must be mindful of the costs of expat programs, while still providing packages that will attract and keep their... 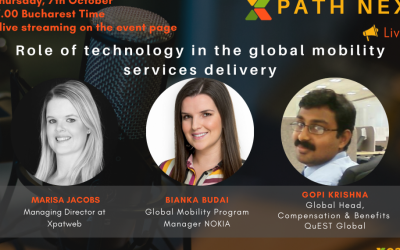 Image: xpath global This episode focuses on the Role of Technology in the Global Mobility processes delivery. The demand for the Global Mobility function to assess the implications of digital transformation will undoubtedly increase, with pressure coming from both... 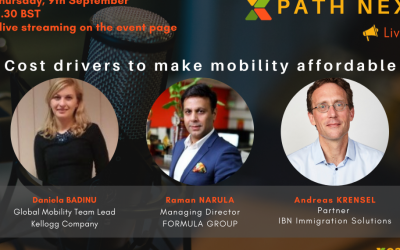 Image: xpath global Even before the pandemic, the expense rates were generally viewed as being those costly, expensive, employees within a company and the global mobility sector was witnessing a never-ending struggle with cost-saving.  Now, probably more... 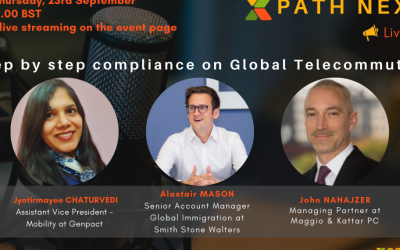 This article focuses on global telecommuting compliance. The guests discuss mostly immigration matters and risks, and it’s a sequel to a previous Nexus episode that focused on taxation and permanent establishment risks.  Compliance in all its aspects and forms,...