Home 9 Immigration 9 How does the new e-passport work in India?

How does the new e-passport work in India? 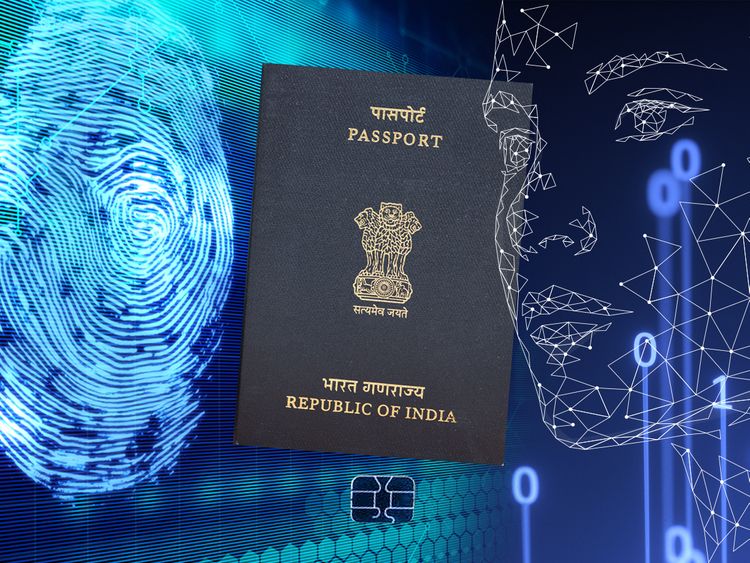 As part of its attempts to improve security and make international travel easier, India aims to launch digital passports later this year. The e-passports contain embedded microchips and cutting-edge technology. Artificial intelligence (AI) will make immigration clearance at border crossings throughout the world a snap.

We examine the features and security of biometric e-passport systems as India prepares to join more than 150 nations that employ them, including the United States, the United Kingdom, and Germany.

What is an electronic passport (e-passport)?

An electronic chip in the e-passport stores the information printed on the data page of a standard passport. Some of the information includes the holder’s name, date of birth, and other personal information.

Some countries’ digital passport chips include a digital photograph of the possessor. But, reports claim that the Indian e-passport will not have one at first.

The e-passport will work in the same way as a traditional passport. However, it will be more secure because you’ll be unable to change biometric data easily.

What distinguishes the Indian e-passport?

Firstly, in the jacket of the e-passport will be a microchip. When they scan the passport at an immigration counter, the 64kb chip will store all of the passport holder’s personal information. Secondly, to validate the identity of travelers, the passport will use Radio-Frequency Identification (RFID) and biometrics.

Lastly, the chip will store data from roughly 30 overseas travels. The chip will eventually store the passport holder’s photo as well as biometric data such as fingerprints and facial recognition features.

What information stores the e-passport chip?

An e-microchip passport’s will contain information on the passport bearer. It will be scanned at immigration counters, allowing travelers to be identified and cleared in a couple of minutes.

What are the benefits of e-passports for travelers?

Machine-readable devices will scan the e-passport, unlike the time-consuming physical verification at immigration counters. It will also aid in the elimination of long lines for immigration clearance. E-passports will help stamp out phony passports because the electronic chip has sophisticated security capabilities.

When will the Indian government begin issuing e-passports?

E-passports are expected to be issued later this year. It will commence as soon as the Indian Security Press in Nasik, Maharashtra, completes the procurement procedure.

Indian embassies and consulates around the world will issue e-passports.

In a trial initiative in 2008, India issued roughly 20,000 e-passports to diplomats and other government officials.